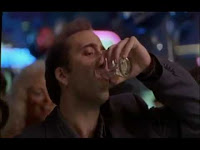 
He’s the kind of guy who is always espousing various codes of honor, dignity, and loyalty. Just don’t turn your back.


Of course I live for art, but good ol’ art just can’t seem to throw me a rope even when I sinking in the quicksand.


I hate turtles, they all remind of my ex’s thing, except with eyes.


Everybody in this joint should be charged admission just to see her ass bend over the bar and order a drink. They’d all pay it gladly.


Hey, that’s sounds like Iggy on the jukebox. It is Iggy! What kind of jukebox is this?


Nobody fixes anything anymore. It’s buy it, try it, use it, abuse it, toss it, and start all over again and buy the new version. My grandfather would roll over in his tool-filled work cellar.


Last time I was here someone gave me some of that medical marijuana and it almost knocked me out. I couldn’t find my way home.
(3 hours later): Could you tell me how I get to the highway?


I don’t have to walk that chick to the car, she’s a super ninja chick. I mean it, I’m more worried for the guys that might encounter her on her way to the car.


I wish there were more movies about horses. Even ponies.


Man she was wild. But when she talked dirty her voice sounded like Clint Eastwood, the older version. After a while it started getting to me. I mean I’m fairly cool, but how cool can you be when you hear an aging Clint Eastwood talking the talk in the middle of a pretzel formation?


I just grabbed a bite at Rick’s Roadhouse. It’s like an unofficial frat house for high school kids who never made it to college.


You know what they say? Nothing’s private. Who the fuck are they and why are they butting into my business?


If goddamned Romney manages to get elected I promise you I’ll jump off the hurricane barrier in my boxers and kicks, wearing a pig’s mask and clutching my wallet (along with middle class existence) in my teeth.


I love New England. Maybe the freaks flags don’t fly as high as they do in Cali, but I think they germinate three times as much deeper here. Even on the freak side, the east coast is just more evolved in its own devolution.


First Guy: Is drinking a pastime, a necessity, or simply part of the natural order of things ? Can you tell me?
Second Guy: I don’t know, are you buying?

The information that you provided was thorough and helpful. I will have to share your article with others.

Thank you, your article is very good 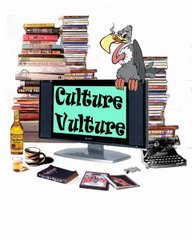 The Culture Vulture in His Lair (Contact Directly at sduhamel@iupatdc11.com)